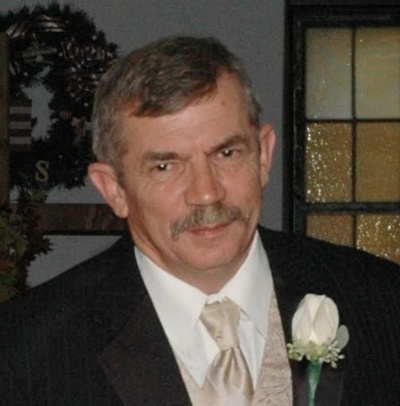 Andrew Peter Bichler, age 66, passed away peacefully surrounded by his family Monday, November 5 at Ross Heart Hospital. Born in Washington, New Jersey, Andy grew up on the family farm hunting, playing basketball and generally getting into mischief. He graduated Warren Hills Regional H.S. in 1970. Andy attended Lincoln Memorial University in Tennessee from 1970-72, where he met his wife of 46 years and belonged to the Sigma Pi Omega fraternity. He graduated from Urbana College in 1974 with a B.S. degree in Physical Education and Earth Science. Employed by Jefferson Local Schools, Andy taught 7th grade Science for 35 years. Mr. B also coached boys’ basketball, football, and girls’ basketball and served as athletic director. Two of his proudest moments were coaching each of his daughters to undefeated basketball seasons and county championships. He was instrumental in beginning the baseball and softball programs at the middle school and the Madison County Boys and Girls Basketball Tournaments that were played for many years at the 4 county schools. His teaching methods, though not conventional, were effective and he was known for his sense of humor and pranks played on both students and teachers alike. In 2003 he was awarded the Toyota Tapestry Grant for Teachers in Philadelphia, Pa. for his orienteering project at the OSU Molly Carnes Farm site in Madison Co. He and his teaching team created the West Jefferson Unit presented the last 2 weeks of the school year that taught the history of our village and pioneer life. His most familiar response to students “If ifs and buts were candy and nuts it would be Christmas every day!”

In lieu of flowers: Donations may be given to the Andy Bichler “Wilds Camp” Scholarship Fund or the charity of your choice.

The family will receive friends on Sunday, November 11 from 2-4 p.m. at Rader-McDonald-Tidd funeral home in West Jefferson. On Monday, November 12 a short visitation will be held from 10-11 a.m. at the West Jefferson United Methodist Church immediately followed by a Service of Celebration. The graveside service will be at Foster Chapel Cemetery. A bereavement meal will be provided for friends and family at the church.

To send flowers to the family in memory of Andrew Peter Bichler, please visit our flower store.