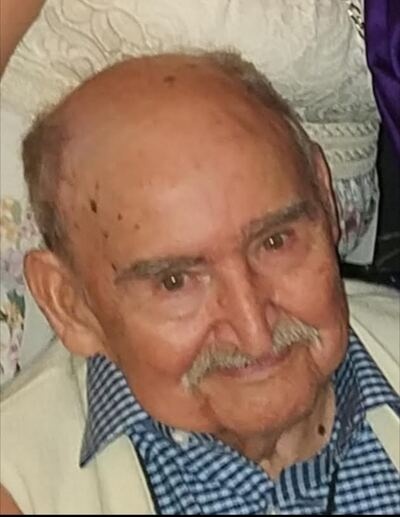 Carlos R. Ooten has gone to be with the Lord on September 8th, 2020.  Carlos was born in Williamson, W. Va. on May 5th, 1927.  Carlos was preceded in death by his wife of 70 years, Nell and their son David. Carlos, at the age of 16, decided to join the Navy and defend America during World War II.  He served in the South Pacific on board the USS Turner as a gunner.  After the war he returned to Williamson, W. Va. to wed the love of his life, Nell.  Carlos, Nell and their daughter, Diane moved to Ohio and settled in West Jefferson. Carlos retired from Westinghouse and opened his own Ooten Insurance Agency, providing for his wife and two children.  Carlos is survived by his daughter, Diane and her husband JR.  Also three grandchildren, Michelle, Sean and Dawn. Eight great grandchildren and five great great grandchildren also two sisters. Carlos, God knew you were tired and the hills were hard to climb.  So God gently closed your eyes and whispered "Peace Be Thine".  You will be missed, R.I.P.
The family will receive friends on Friday, September 18, 2020 at the Rader-Mcdonald-Tidd Funeral Home, 1355 W. Main Street, West Jefferson, OH 43162, from 10-12 Noon with Funeral Service at 12 Noon. Burial will follow at Hampton Cemetery, West Jefferson, OH.

To send flowers to the family in memory of Carlos R Ooten, please visit our flower store.