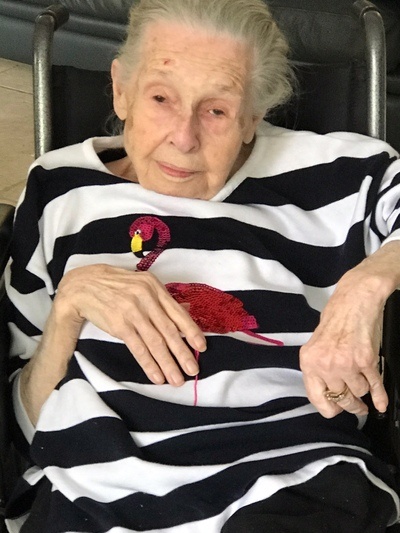 Phyllis was born to Mother Vaughn Ruth Gammell and Father Orville Braskett on March 30, 1931 in Columbus, Ohio. She touched the lives of many as a wife, mother, grandmother, great-grandmother, sister, aunt, and great aunt. She worked in several positions with the State of Ohio, including as an administrative assistant for state senators, representatives, and in various departments. Phyllis was honored numerous times for her many years of dedicated service to the Republican Party and for her service as President of the Madison County Women’s Republican Club.

Through her contacts in government, Phyl was able to explore her passion for photography, especially for unusual and candid photos.  She was the official photographer for the Ohio Republican Women’s Association and captured many behind the scenes moments at events with national and state leaders, including then Vice-President George H. W. and Barbara Bush, Gov. James Rhodes, and many members of Congress and state and local elected officials.  Phyl was a regular fixture at election night receptions in Columbus as she roamed the floor, capturing the perfect expression of a candidate.  She also was the photographer at many weddings over several years, and for family members this was her wedding present.  Phyl’s eye for capturing the unusual or special candid moment on film lives on in the photographs she shared with many. She is a published photographer.

Phyl also loved writing poetry, first as a young girl and continuing as an adult.  She frequently submitted her work to a national poetry competition and was published several times,  but her crowning achievement was a published book of poems and photos about her son, Brent, who passed away unexpectedly in 1990 at the age of 29.  Part of the proceeds from sales of the book were contributed to the Sarasota Epilepsy Foundation for the Brent Coleman Memorial Fund, sending kids to Boggy Creek Camp, a camp for terminally ill kids.

Her spirit was feisty, artistic, creative, compassionate, witty, generous, unpretentious, sensitive, caring, loyal, intuitive and young at heart. She loved her family very much and supported them with her whole being and took great pride in their accomplishments. She especially enjoyed extended family gatherings and being a part of the lives of many.

Phyl was preceded in death by her husband of 67 years Bob, and her youngest son, Brent. She leaves behind daughter Carolyn Coleman Jones and husband Jeff of Sarasota, Florida, and son Steve Coleman and wife Diane of Deltona, Florida.  She was blessed with grandchildren including Jeremy, Jordan, and Dylan Jones, Roman and Sarah Coleman, Joey Aremento, and Josh, Josey and Jake Bentley. Phyllis has 11 great great grandchildren.  She was also survived by her sisters Libbie Johnson and Grace Lowe, nephews, and great-nephews and great-niece.

She will be laid to rest on Monday, September 14 , 2020 at Hampton Cemetery in West Jefferson, Ohio next to her son and husband. Please share your favorite memory of Phyl on this webpage or send your condolences to her family. www.radermcdonaldtiddfuneralhome.com. The Rader-McDonald-Tidd Funeral Home, 1355 West Main Street, West Jefferson, OH 43162, assisted the family.

To send flowers to the family in memory of Dorothy Phyllis Coleman, please visit our flower store.