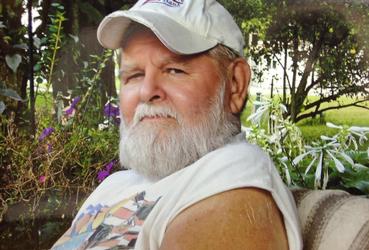 Jack Edward Pearson Sr. 73, of Summerford, Ohio was accepted into the arms of Jesus on October 15, 2016 while surrounded by his many loved ones.
Jack was born December 15, 1942 in Columbus, Ohio to Walter and Connie (Canning) Pearson. He Served in the United States Air Force from 1961-1965.
He is survived by wife Anna, daughters Elaine (Eric) Winstead and Jodie Pearson (Nathan) Detweiler. Sons Jack (Donna) Pearson, Jeff (Ruth) Pearson, James (Kim) Pearson, John Pearson, Joel (Lori) Pearson, Joseph (Megan) Pearson, Jevon (Shannon) Pearson, and Jason Pearson. Sisters Nanci White and MaryPat "Patti" Hawk both of Florida. Also, included are 24 grandchildren and 17 great grandchildren.
He was preceded in death by son Joshua Mathew, father and mother Walter and Connie Pearson, brothers Walter (Chip) Pearson, and Jim Pearson.
The family will be accepting visitors from 12:00 - 2:30 pm on Wednesday, October 19, 2016 at the Radar-McDonald -Tidd Funeral Home. The funeral service will begin at 3:00 pm. In lieu of flowers, donations may be made to St. Jude Hospital www.stjude.org or 800-805-5856
To send flowers to the family in memory of Jack Edward Pearson, please visit our flower store.