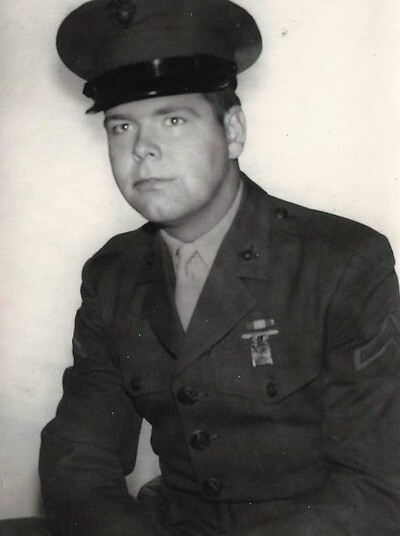 Jack loved all sports and participated in Baseball and excelled as a member of the Upper Arlington Golden Bears Varsity Football team and a Diver on the Swim Team.  Later in life, he enjoyed mentoring and watching his children and grandchildren as they continued his sport’s legacy in Football, Baseball, Wrestling, Basketball and Cheerleader.  He was an avid fan of The Ohio State Buckeyes

A strong work ethic and love of family was instilled in him by his parents.  His first jobs included delivering the Columbus Dispatch and working at his dad’s Humble Station on Grandview Ave before joining the United States Marine Corp.  His final job was a Long Haul Truck Driver for over 30 years.
His family describes him as honest, hardworking, an easy going guy with a heart of gold that opened his door to all their friends and made them feel like part of the family.

The family would like to thank the staff of Devita Dialysis, Grove City with a special mention to technician Crystal for her professionalism, support, and friendship to Jack during his treatment sessions.  The family will receive friends from 11:00 a.m. to 12:00 p.m Wednesday, June 16, 2021, at the RADER-McDONALD-TIDD FUNERAL HOME, 1355 W. Main Street, West Jefferson, OH, 43162 with the Funeral Services beginning at Noon.  Interment will follow at Plumwood Cemetery.  In lieu of flowers, the family suggest donations in memory of Jack to organizations that support our Veterans.  Jack was never a ‘suit wearer’ and the family suggests mourners honor Jack by wearing their favorite Buckeye attire.

To send flowers to the family in memory of Jackie "Jack" L. Mirolo, please visit our flower store.