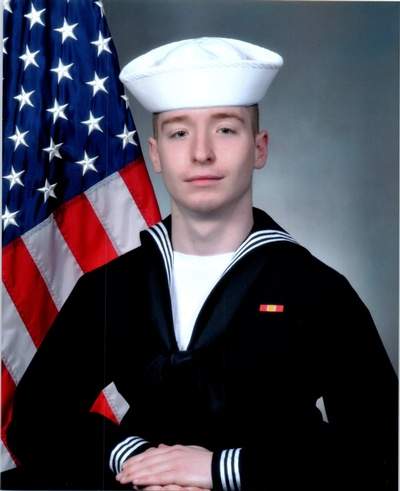 Petty Officer Jacob Daniel Drake, age 21, of Cable, OH, passed away in the line of duty aboard the U.S.S. John S. McCain on August 21, 2017. Born September 21, 1995 in Columbus, OH to Suzanna and Ronald Drake. He is a graduate of Triad High School in North Lewisburg, OH. He began his service in the U.S. Navy right out of High School. He has served aboard the U.S.S. John S. McCain (DDG-56) for nearly 2 years. Jacob was posthumously promoted to an Electronics Technician - Petty Officer Second Class. He enjoyed his time serving to the fullest, and traveled the globe representing the best the United States and Ohio has to offer. Jake was a well known cat enthusiast, and enjoyed visiting Japan's "Cat Cafes" when in port. He will be fondly remembered as a funny guy who loved life and  he never had a problem making friends wherever he went. Jake is preceded in death by his paternal grandparents, Ronald and Bonnie Drake and uncles, Steve Drake and Danny Kelly. He is survived by parents, Suzanna and Ronald Drake; sister, Veronica Drake; fiance, Megan Partlow; grandmother, Teresa McGhee; great grandmother, Bonnie Riebel; aunts and uncles, Rob (Tammy) Drake, Lori Drake, Lisa Boyer, and Shelly Kelly; close cousins, Brandie (Gary), Erin, Trevor, Nick, Melody (Devon), Tyler and Trystyn; numerous other family members and countless friends. Public visitation will be Saturday, September 16, 2017, from 10 a.m. until time of funeral service and military honors at 2 p.m. at the RADER-McDONALD-TIDD FUNERAL HOME, 1355 W. Main St. in West Jefferson, OH. In order to honor Jake's love of animals, his family encourages in lieu of flowers, a memorial contribution be made to a local animal shelter or rescue of your choice.
To send flowers to the family in memory of Jacob Daniel Drake, please visit our flower store.