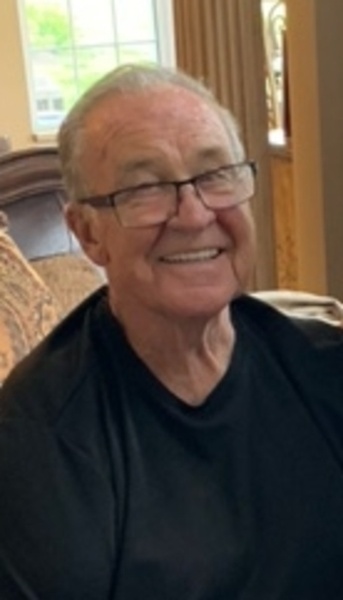 Jerome M. Kennedy, born on a farm in Clark County, Ohio August 1941 to Robert and Catherine Kennedy was called to the kingdom peacefully February 24th, 2022.

Jerry, as he was known to his friends and family, was greeted with love and laughter by brothers Jimmy, Johnny, Bobby, Billy, and sister Peggy.  Jerry’s life on the farm was a cherished memory spoken of for all 80 years of his life.

Jerry attended Northeastern High School, went on to the Army National Guard, and then spent much of his career in maintenance supervisory roles. This included 28 years of hard work and pride into his job at White Westinghouse, where he met his bride Susan of 52 years. After the closing of White Westinghouse, Jerry took his talents to Yellow Freight then on to the Columbus Convention Center until his retirement.

Jerry and Susan built a life together in Galloway, Ohio with their children Lora (Jonny) Cotton, Dan (Amy) Howard, Jerry (Johanna) Kennedy, and Bill Kennedy.  Jerry and Susan lovingly welcomed grandchildren: Ryan (Amanda) Evans, Mitchell Howard, Cole Howard, Kyle Howard, Catherine Kennedy, Maddy Kennedy, and Nolan Kennedy, and great-grandchildren: Craig Evans and Eva Evans. They built a home of love and nurturing, the value of hard work, a life of leading the Alton Hall Vikings pee wee football team, days of go-carting, gardening, family dinners, and life lessons that would carry on in his children to this very day.  He cherished his family, as he cherished the soil of his beloved farm, and enjoyed watching them grow like an extension of his own heart.

He will be missed by all who came into his company. There was never a shortage of jokes and laughter when Jerry was around. If you knew Jerry, then no words are needed to describe who he was and the size of his heart.

He will be missed daily, cherished hourly and we will all fondly await the day to be reunited with our dad…

To send flowers to the family in memory of Jerome "Jerry" M. Kennedy, please visit our flower store.