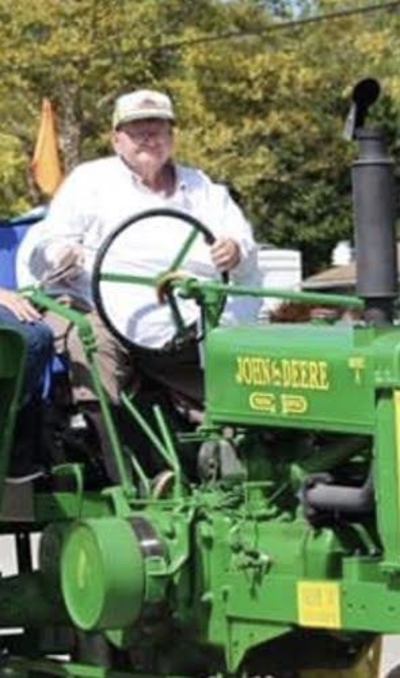 John W. "Bill" Straley, age 74, a longtime resident of West Jefferson, OH, passed away Wednesday, January 22, 2020, at Doctors West Hospital. Born in 1945 on a farm in Madison County, OH, where he lived and farmed until 1988 when he went to live with his aunt Martha Gaver until her passing in 2001. Bill is preceded in death by his parents: Glenn and Thelma (Gaver) Straley, brothers: Oscar Lee, Harold, and Ray, sisters: Mary Ann Davis, and Martha Bowyer. He is survived by nieces and nephew: Eddie Bowyer, Sylvia Cavender, and Susan Landis, along with many other loving relatives and friends. Bill loved to drive his old John Deere Tractors in the West Jefferson Ox Roast Parade for over 50 years, the Lilly Chapel Homecoming parade for over 28 years, and the West Jefferson July 4th Streetfest parade. Following Bill's request, no funeral services will be held. He will be laid to rest by his brother Harold at Fairview Cemetery, Mutual, Ohio. Please visit www.radermcdonaldtiddfuneralhome.com to leave your favorite memory of Bill or to share your condolences with the family. Bill will be sadly missed by the West Jefferson community and all who loved him.

To send flowers to the family in memory of John W. "Bill" Straley, please visit our flower store.