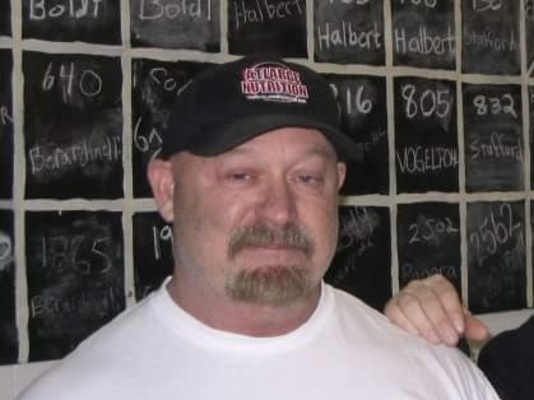 Louie Jacob Simmons (74) passed away on Thursday, March 24, 2022, at his home in West Jefferson, Ohio. His wife, Doris Ann Crawford Simmons, was by his side, as she has been for almost 50 years.

Strength training was Louie’s life. One of only four men to Total Elite in five weight classes, he was a world-renowned strength coach. Over the years, he was awarded 13 patents, published more than 300 training articles, produced ten highly respected training videos, and authored fourteen books. His most significant invention was the Reverse HyperTM, which he developed to cure his own back injury in 1973. The Reverse Hyper was a game-changer in the strength training industry. In 1984, he founded Westside Barbell in Columbus, Ohio. Since that time, Westside Barbell has become the strongest powerlifting gym globally, with more than 150 all-time world records.

In recognition of Louie’s methodologies and general contributions to the development of special strength training, he was the 2021 recipient of the National Strength and Conditioning Association (NSCA) Alvin Roy Award. This esteemed award is given to an individual whose career achievements substantially impacted the scientific understanding, methodologies, and practice of resistance training as a component of sports conditioning.

Louie requested cremation and no funeral service. Since he didn’t like to attend funerals, family and friends should not be surprised that he didn’t want one of his own. If you are so inclined, give to the charity of your choice in his name. He always wanted Doris to feed the birds and other wildlife, so wildlife charities would be appropriate if you need ideas. Or, Louie was known for tipping generously, so do that at your next restaurant meal and tell them to thank Louie Simmons, one of the most generous souls known.

The Rader-McDonald-Tidd Funeral Home, 1355 W. Main St., West Jefferson, OH 43162 (614)-879-9222, assisted the family.  Please visit www.radermcdonaldtiddfuneralhome.com to share your favorite memories and to send your condolences to the Simmons Family.

To send flowers to the family in memory of Louis Jacob Simmons, please visit our flower store.