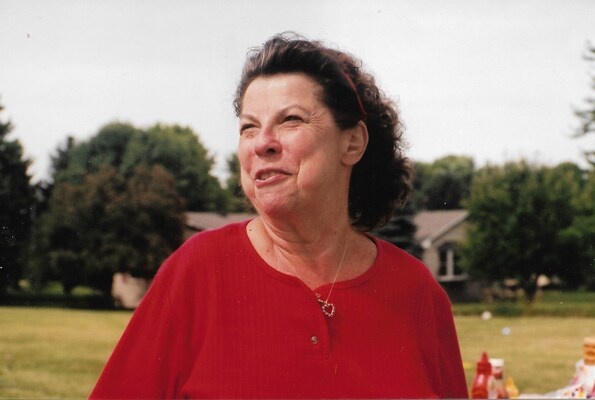 Marie Elizabeth Merrill (Voit) Elkins, 92, passed away Thursday, October 1, 2020 in her home.  Marie was born in Columbus Ohio to Clara and Jay Merrill.  Marie grew up in Columbus but at times lived in Toledo due to her father’s work in the WPA.  She attended East High School.

She married John J. Voit at the age of 19 and they raised 3 children.  They were married almost 30 years. In 1986 she then married Paul R. Elkins and moved to West Jefferson, Ohio to live out her remaining years.

Marie enjoyed and loved cooking which she learned from her mother.  She was well known for her cherry cheesecake pies and home-made noodles.  Her other love, besides her family, was homemaking and working in her flower garden.

She worked as a telephone operator for the Ohio Bell Telephone Company when first married.  She then worked for Farm Crest Bakery on the South Side of Columbus and used to bring the broken cookies home which delighted her family.  After the bakery closed, she worked for F&R Lazarus in the Misses Sportswear Department, a job she thoroughly enjoyed.  When Lazarus closed, she went to work for Anthony Thomas Candy Factory where one of her responsibilities was making the yearly Easter Big Pete which was a 4-foot-tall chocolate rabbit.

Lifelong fan and supporter of The Ohio State Buckeyes football team. Past member of the American Legion Auxiliary, 4S Club and current member of the VFW#7005 in West Jefferson.

Due to Covid restrictions there will be a service only, held on Thursday, October 8, 2020 at 1100 a.m. at the Rader-McDonald-Tidd Funeral Home, 1355 W. Main Street, West Jefferson, Ohio.  Grave side dedication and burial to follow at Greenlawn Cemetery, Columbus, Ohio.

To send flowers to the family in memory of Marie Elkins, please visit our flower store.