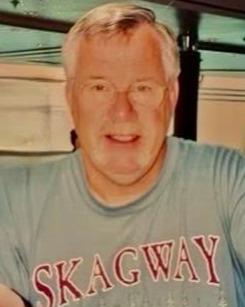 Melvin "Mel" Krekel, 73, of Galloway, OH, went to be with the Lord, December 13, 2022. He lived life like a warrior, fighting health issues with incredible strength and fortitude, including a courageous battle with cancer. Through it all, he maintained the same clever sense of humor he was known for, by family and friends.

Mel was born on August 18, 1949, in St Louis, Mo. He graduated from Cahokia Senior High School, Cahokia IL, in 1967. He served 15 years as a Police Officer for Carbondale Police Department, Carbondale, IL. Once in Ohio, he began a career with AT&T, retiring in 2017.

Mel had a passion for hunting and fishing. With his son, Brian, he hunted Bear in Canada, Wild Boar In Tennessee, Deer in Ohio and Illinois, and Marlin fishing in Cabo San Lucas. He also Salmon fished in Alaska, deep sea fished in the Atlantic, and Walleye fished in Lake Erie. Locally, he never missed goose or duck season.

Mel also loved to travel. He traveled with his wife to Alaska many times, but enjoyed other adventures, as well, including exploring the beauty of the Smokey Mountain National Park, fishing at Lake Milakokia, MI, and watching the sun set in Key West, FL. He also enjoyed camping throughout Ohio.

Mel left behind his 4-legged guardians and companions: Sparky, Ruby and Beanie, who never left his side in this life, and will gather around him in the next - along with all the beloved pets of his lifetime.

A celebration of life will be held in his honor in Spring 2023; a date and time of this event to be determined.

To send flowers to the family in memory of Melvin D. Krekel, please visit our flower store.