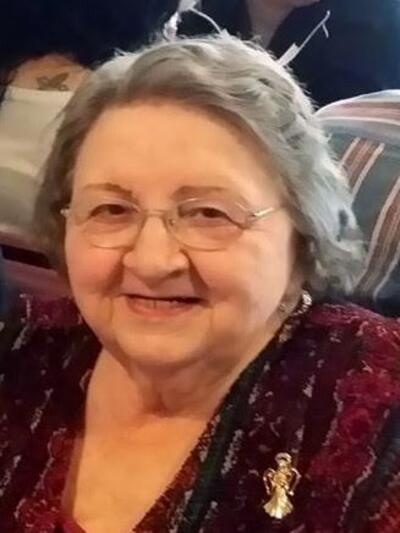 A lifelong resident of the West Jefferson community, she is the daughter of Dewey and Hilda (Wills) Boggs.

She was baptized in and member of the West Jefferson United Methodist Church.  She spent many years raising her family in the Gillivan Methodist Church where she was a pianist, choir director, Sunday School teacher and faithful member until it’s closing.

A 1945 graduate of West Jefferson High School, she pursued and received a degree as a beautician/barber from the Ohio State School of Cosmetology.  After retiring from cosmetology in West Jefferson, she worked for Hartco Printing, Saxton Realty, and Super Duper. After leaving Super Duper she started in-house babysitting for a few West Jeff families whose parents had full-time jobs.

Always involved in her community, she was a member of the WJ Mothers Club who were instrumental in the start-up of the Kindergarten Program for Jefferson Local Schools.  Charter member of “The Fire Belles” (the auxiliary of the Jefferson Twp. Volunteer Fire Department) raising funds for fire equipment/vehicles and providing support to the firemen on their fire runs.  The Fire Belles were also instrumental in the start-up of the West Jeff Ox Roast.

Past member of the Coral Rebekah Lodge 222 and Past Nobel Grands of West Jefferson.

Always willing to help others wherever needed, she loved her family and community.

Per Norma-Jean’s wishes, a Memorial Service to honor her life will take place 10:30 a.m. THURSDAY, JULY 23, 2020 at the West Jefferson United Methodist Church. The family will greet guests before the service from 10:00 a.m.-10:30 a.m.  Burial will follow at Hampton Cemetery in West Jefferson.  The family is being served by Rader-McDonald-Tidd Funeral Home, 1355 W. Main Street, West Jefferson, OH, 43162.

To send flowers to the family in memory of Norma-Jean (Boggs) Hockenbery, please visit our flower store.