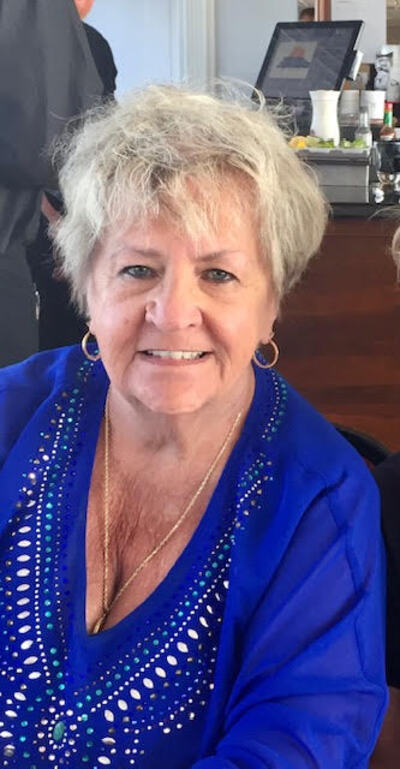 Phyllis Mays (Adkins) of Galloway, Ohio (formerly of Chesapeake, West Virginia) passed away peacefully in her sleep on the morning of October 22, 2021. She was born on July 23, 1944, to the late Phillip and Violet Adkins of Charleston, West Virginia. She married the love of her life, the late Mr. Harry Mays in 1966 in their home in Chesapeake before being blessed with two beautiful daughters, Kim and Patty who were her world. She spent her years as a homemaker, providing a wonderful life for her daughters and husband. In 1987, she and her family moved to Galloway, OH where she would spend the next 33 years of her life. She made many friends at the local VFW, Moose Lodge, American Legion, and Just One More where she and her husband were members for many years. Phyllis lived for the holiday season and for making her family’s holidays so special. She enjoyed spending quality time with family and friends at her camp in West Virginia. Phyllis is survived by her daughter Kimberly (Daniel) Edwards of Galloway, her daughter Patty (Mario) Crabtree of London, her grandchildren Christopher (Logan) Crabtree of Plain City, Courtney (Austin) Harding of London, and Garrett (Casey) Edwards of Gulf Breeze, FL, and three God-sent grandchildren; Danielle (Michael) Radcliff of Montgomery, Alabama, Ryan Dominquez of Charleston, West Virginia, and Amanda (Alex) Cavinee of West Jefferson. She was blessed to have 4 great-grandchildren, Ryan, Rylee, Ryder, and Levi who were her world. She is also survived by numerous nieces, nephews, cousins, and friends around the country who all loved her and cherished every minute with her. She was also preceded in death by her siblings: sister Ruth Craigo and brother Clarence Adkins of Charleston, West Virginia, Shirley Puckett of Mount Airy, North Carolina, and Earl Adkins of Tempe Arizona.

To send flowers to the family in memory of Phyllis M. Mays, please visit our flower store.