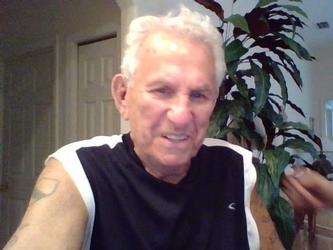 Bob was born in Columbus, Ohio. His parents were Edith Stewart Coleman and James B. Coleman. He had 5 brothers; Cecil, Tommy, Billy, Ralph and Jimmy.

He was married to Phyllis Braskett on September 22, 1951 in Lawrenceburg, Indiana.

Bob was a hard working man who cared deeply about his family, friends, and community. He was a co-founder of the Optimist Club in West Jefferson.

He grew up in Columbus Ohio, and as a child spent many summers at his grandparents in southern Ohio helping his granddad on the farm. After he married, he settled in West Jefferson Ohio, where he became a legend. He was the owner and operator of Bob's Union 76/Marathon. This was a platform for him to help people. After retiring, he moved to Sarasota, Florida to be with his daughter and son-in-law.

Bob's Union 76/Marathon became an apprentice for many high school boys during his 30 years of operation. He was a teacher, counselor, and friend.

He loved helping people. He was a master at gardening, yard work, and fixing things.  Some of his favorite hobbies were fishing, watching the Ohio State Buckeyes, NASCAR races, western movies and every day at 7, watching Magnum PI. Most of all he enjoyed teaching or passing wisdom on to his kids and grandkids. He taught them how to value what you have and to take good care of it, the importance of being a good man and a good friend and that respect is what you earn and most importantly, giving respect to others.

His attributes were many. He was a great husband, father, grandfather, and great-grandfather. He was really a great man and friend to many. He had a strong work ethic, was honest, fair, giving, and caring. Family and Friends always came first. He was a strong foundation for our family and a role model for how to take care of your family.

He was survived by his wife Phyllis Coleman of Sarasota, FL, daughter Carolyn Coleman Jones & husband Jeff of Sarasota FL, and son Steven M. Coleman and wife Diane of Deltona, Florida. His grandchildren include Jeremy, Dylan, and Jordan Jones, Roman and Sarah Coleman, Joey Aremento, and Josh, Josey, and Jake Bentley. Bob has 10 great grandkids with 1 on the way. He is survived by his brother Ralph Coleman and by friends too many to name.

As years roll on and days pass by.

In my heart a memory is kept,

Of one I loved and will never forget.

To send flowers to the family in memory of Robert Kenneth Coleman (Bob), please visit our flower store.