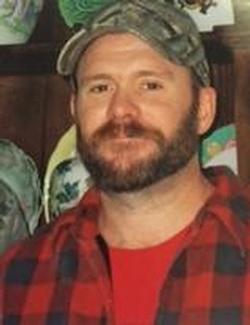 Ryan Matthew Benedict, 41, passed away on December 19, 2015. He was born June 9th, 1974, in Columbus, Ohio - then moved to
West Jefferson in 1976, where he enjoyed a delightful childhood in the country, surrounded by nature and his dogs. Ryan
graduated from West Jefferson High School in 1992. After graduation, he began an apprenticeship program with Ironworkers
Local #172 and was proud to become a third generation Union Ironworker. He enjoyed car shows and working outside with his best
friend, his Dad, and a helper to his mother in the gardens. Ryan is survived by his loving wife Chris, and dear children Joseph, Aidan, Autumn, and Isabella. Survivors also include parents Gerald and Laura Benedict of West Jefferson, Ohio,
and dear sister Theresa(Ed)Pelphrey and many beloved nieces and nephews. Also, grandparents Loretta Carbetta, of
Columbus, Ohio, and Betty and Les Montandon of Moorehaven, FL - along with many aunts, uncles, cousins, and dear friends.

Preceding him in death are his PaPa Joe Carbetta and PaPa Adin Benedict - and "Duke", his beloved Doberman.

Friends and family are welcome at 11:00 a.m. Saturday, December 26, 2015, at Rader-McDonald Funeral home, 1355 West Main St., West Jefferson, Ohio. A memorial service and and prayer will follow at noon (12:00pm) with Pastor Glade May. After the service he will be laid to rest in Alton Cemetary, Galloway, Ohio, next to his dear PaPa Carbetta.
All who knew him WELL will say he was a bright light - kind, and filled with love.
To send flowers to the family in memory of Ryan Benedict, please visit our flower store.