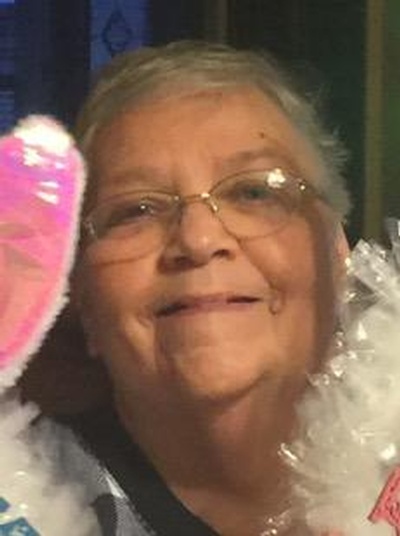 Susan Pencek, 71, of Columbus, Ohio, passed away on Saturday, July 21, 2018. She was the daughter of the late Roland and Isabelle Dickinson, sister of the late Randy Dickinson and the sister in law of the late Lewis Mead. She is survived by her husband of 53 years, Richard Pencek, Sr.; three sons, Richard Pencek, Jr. and his wife Megan, Thaddeus Pencek and his wife, Carrie, Todd Pencek and his wife Jacquie; six grandchildren Lindsay, Lucas, Caleb, Aidan and his wife Morgan, Nicholas, and Trevor. Also surviving are her siblings Carol Mead (Fred Newell), Shirley Newton and her husband Norm, and Terry Dickinson. As well as sisters in law Jane White (Roy, deceased), Mary Ann Mahunik (Robert), Carol Stafford (George), and brother in law John (Jack) Pencek, Jr. Including many nephews and nieces. The visitation is from 11AM until 1 PM Thursday, July 26, 2018 at Rader-McDonald-Tidd Funeral Home, 1355 W. Main Street, West Jefferson, Ohio 43162 (614-879-9222) where her Funeral Service will follow the visitation and begin at 1:00p.m. RaderMcDonaldTiddfuneralhome.com for condolences. In lieu of ﬂowers, send donations or contributions to the James Cancer Hospital and Solove Research Institute at https://cancer.osu.edu/about/contact-us under the tab “Giving Back”.

To send flowers to the family in memory of Susan M. Pencek, please visit our flower store.