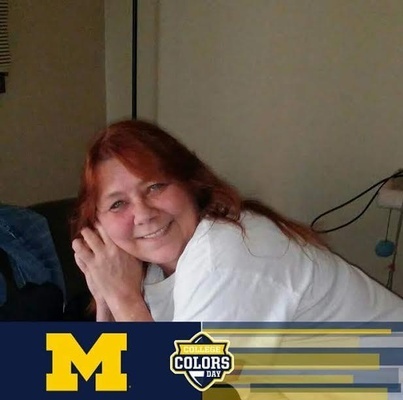 Terri George, age 55, of West Jefferson, passed away Monday, September 24, 2018. She is proceeded in death by her mother Karen (Kotanen) Stacey. Terri is survived by her father John Ball, son's Ryan (April) Retherford of Columbus, Jarrod Luckart of Columbus, Aaron (Jennifer) Luckart of Wisconsin, and Dallas (Kayla) Luckart of Columbus. Terri is also survived by her 11 grandchildren who she will miss dearly. Terri was previously employed as a store manager for Jossepi's Pizza. In following the families wishes there will be a private family viewing, with cremation to follow. Arrangements are being provided by Rader-McDonald-Tidd Funeral Home.

To send flowers to the family in memory of Terri George, please visit our flower store.